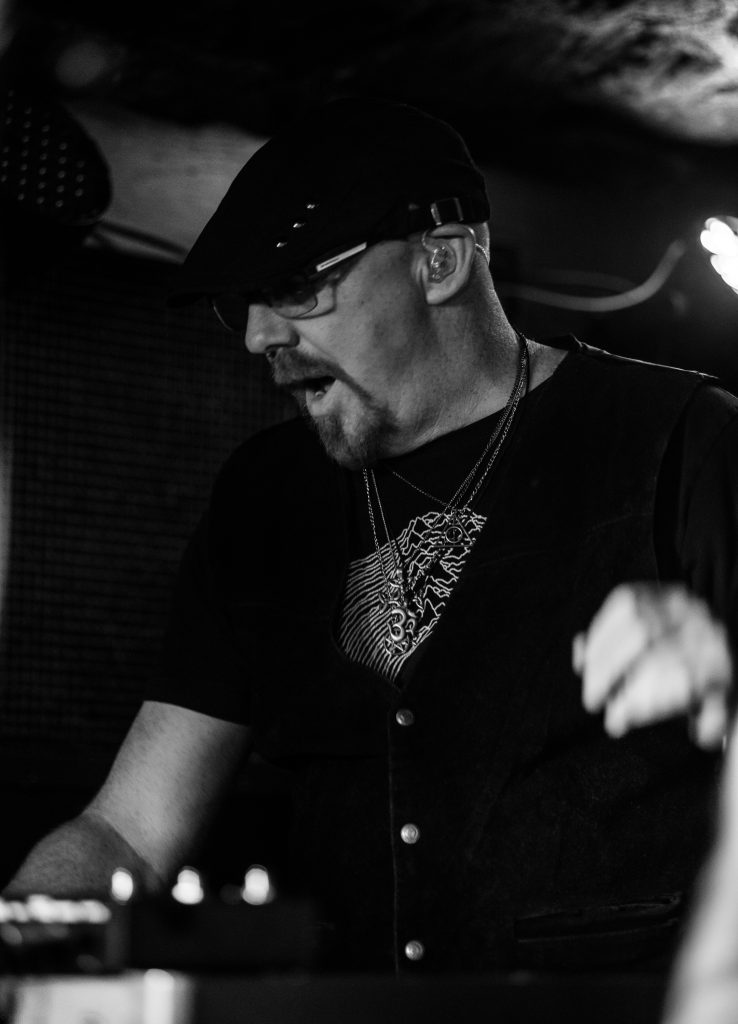 During this time he worked as a session musician both in Glasgow and out of the legendary Sirocco studios in Kilmarnock, whilst paying his dues playing on the pub and club circuit in the West of Scotland and further afield. His band Epic Leaf, formed at school, later signed to Phonogram as Frontier, and following a brief hiatus Al worked again as a session musician, this time on the London and South-East scene, working with artists such as Pig Iron, Mike Rutherford (Genesis), Bruce Dickinson (Iron Maiden) and ran his own Hammond-led band BluesGrinder featuring Craig Blundell on drums. BluesGrinder played several blues festivals where Al would MD the house band after-hours as well, jamming with many major Blues artists, and they were featured in a live session for BBC 6 Music at the BBC Maida Vale studios with Bruce Dickinson on vocals. As well as holding the well-respected keyboard/Hammond seat in the acclaimed Scottish Prog Rock band Abel Ganz, Al works as a session musician, and also plays with the hard-rock band Glasgow.